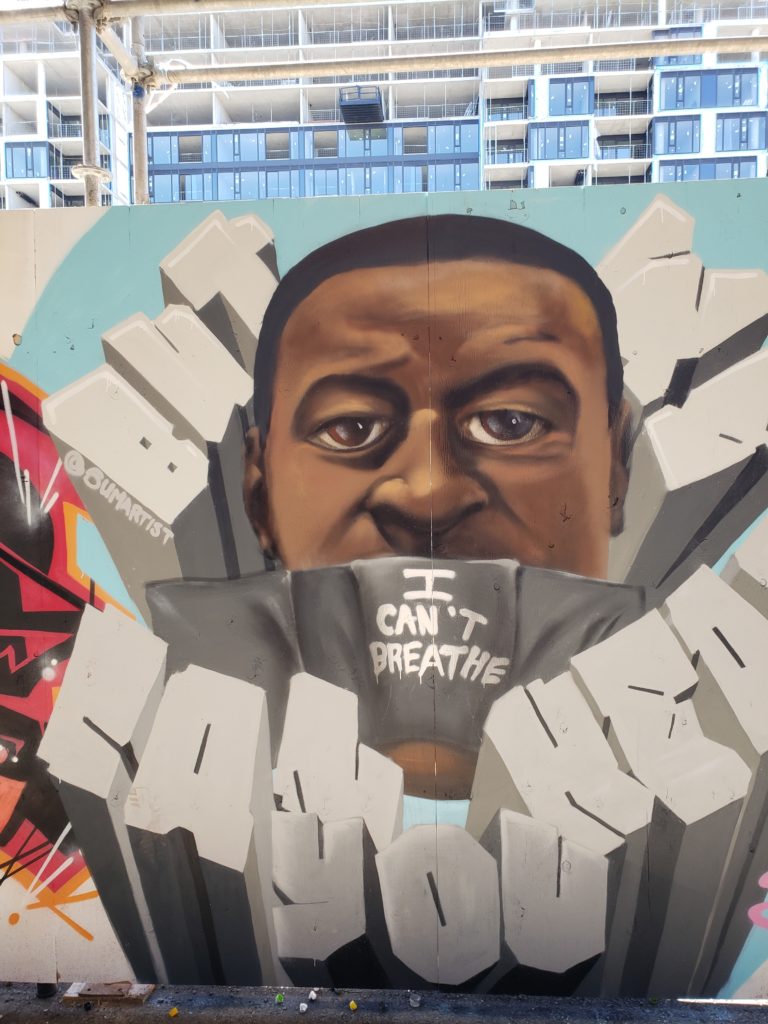 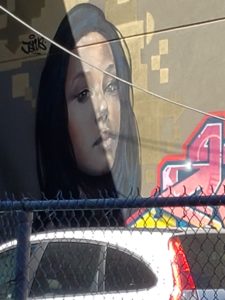 It’s been a chilly spring and I’m still wearing my winter bike gear in May! But riding through the wind and rain toughens you up to any adverse weather on the Ride to Conquer Cancer. As always, the City of Toronto keeps closing bike routes and the repairs are s-l-o-w.  This year it’s the southern part of the Don Valley trail, which I normally do on every training ride.

But there are rewards. Cruising down a Leaside street and crossing north over Eglinton en route to Sunnybrook I discovered Graffiti Alley North. The street runs parallel to Eglinton now torn up by the light rail construction.  Feast your eyes, readers!

East York wanderings with TO Poet  revealed a fab gallery of street art in East York and motivated me to explore the alleyways of my own hood. My explorations revealed some hidden, lushly vined and mysterious trails, but sad to say, the garage doors and garden walls remain empty canvasses.

But how could I forget the Man Fish of Bayview? Our single example of street art, adorning the side wall of a vintage barbershop. I pass by it nearly every day – so often, it’s become invisible via mundanity. I found it defiled by the ubiquitous graffiti tags that lurk in our hood’s hidden corners / canvases. Proof that we’re regularly explored, but, sorry folks, no art yet.

So I struck further afield. And there, tucked away in a hidden alley parallel to the  subway tracks, I struck relative gold. The murals decorating the backs of the buildings may reflect the biz enterprises facing Yonge Street.

Starting July 8, 2016, Phlegm painted the mural via hair-raising swing stage over the next four weeks. He was assisted by Stephanie Bellefleure.  To see the details of the buildings in the figure, have a look here.

The mural was made possible, in part through StreetARToronto (StART), a city department that tries to beautify Toronto through street art – and thereby make it a tourist destination. It funds one well-known artist per year.

Ah-ha! That’s why we stumble upon well-done murals depicting historical or cultural mythology – and other more vibrant and subversive stuff! (More in my next blog)

Phlegm’s 8-storey Man Machine depicts famous Toronto buildings like the CN Tower, Casa Loma, the Mackenzie house, ya-da, ya-da.  Funding etc. also through the STEPS Initiative and Slate Management who wanted to give the Yonge and St. Clair area a much-needed boot up its esthetic, business and cultural arse. Let’s hope it works!