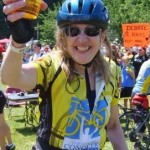 I would not have hung in there without the friendship and support of my two literary critique groups.  In 2013, we linked up to form The Mesdames of Mayhem, an autonomous collective of 23 emerging and established Canadian crime writers. Carrick Publishing has released four collections of our stories, Thirteen , 13 O’clock ,  13 Claws  and In the Key of 13.

Despite Anno Horribilis, otherwise known as 2020, Carrick Publishing brought out A Grave Diagnosis,  a crime fiction anthology with a medical slant. What prescience! My story, “The Eternal Bakery of the Fractal Mind”, is another crossover into speculative fiction.

I have several projects on the go: finishing Windigo Ice, the sequel to Windigo Fire; a supernatural novella and more short fiction. I look forward to reconnecting with fellow authors in the real world at When Words Collide in 2021 and Left Coast Crime in 2022.