TO Poet’s keen eye finds beauty in the oddities and detritus of hidden Toronto. (Enjoy his pics on Tumbler here.)  He’s an early riser and dedicated walker. Recently, he led me through the back alleys of East York to view some amazing art.

East York, until 1998, was Canada’s only borough.  In 1924, the 600 or so residents, pissed about their apparently inferior roads and sewers,  voted against joining the City of Toronto.  For decades the area remained dry, ie no serving of alcohol. so its southern edge, Bloor-Danforth Street, became the sinful watering hole. Prohibition was only abandoned in the 1970’s!

Most Torontonians associate East York with WWII veterans who flooded the area in 1940’s.  The houses are tiny by today’s standards, typically bungalows with high basements, metal awnings over the cement front steps and trim, if conventional gardens.

So one might expect street art to be scarce. Not so! Garage doors are the preferred canvas. View here: (BTW for a better view and deets, click on each pic.)

Or an interesting take on fence paint: 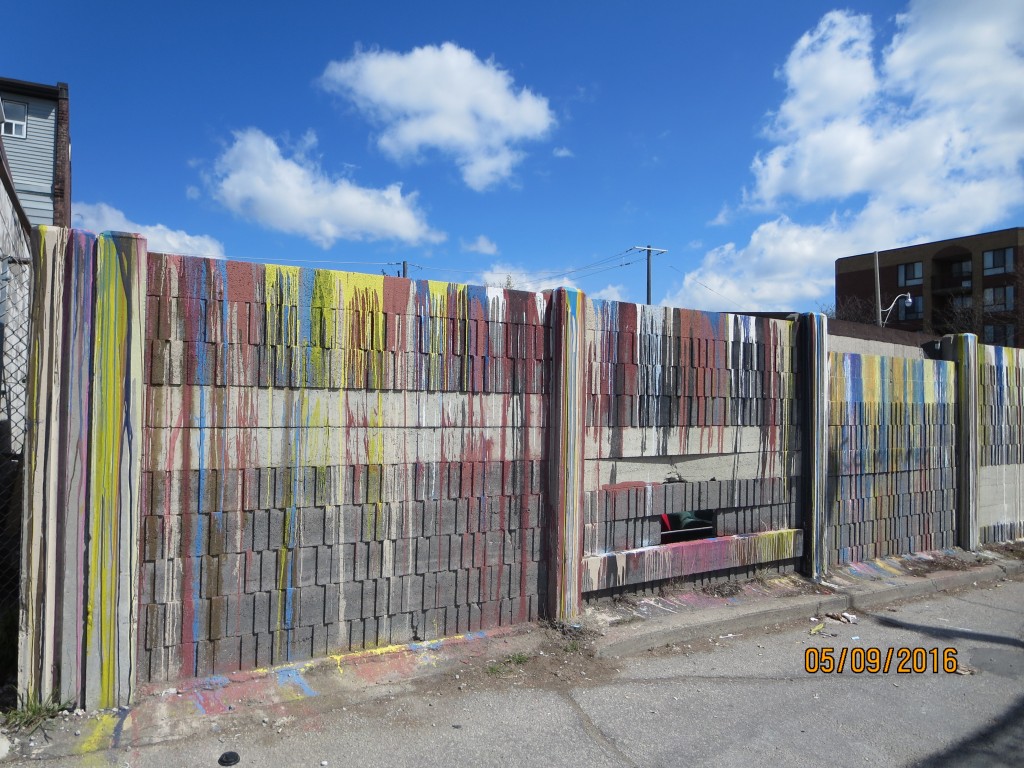 Originally and staunchly British, East York’s population is now almost 50% foreign born. As a student, I survived on the beloved Greek steam table and souvlaki  restaurants along the Danforth. Gentrification has swept these away, but not this feast for the eyes.