I’m absolutely thrilled to be part of the line-up at Bouchercon Noir at the Bar, representing my hometown of Toronto! 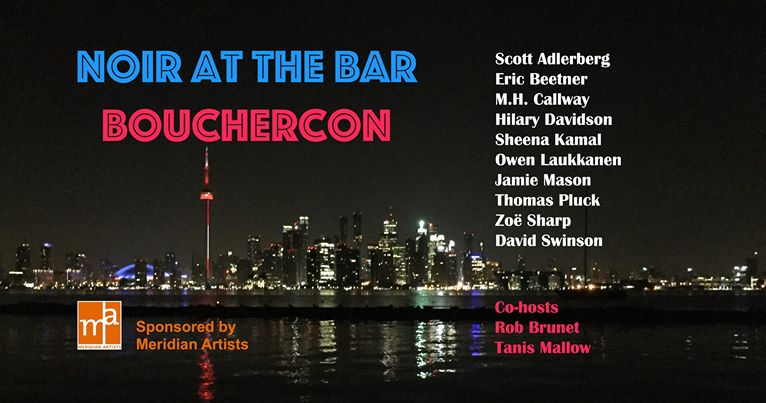 Crime Fiction Authors Bring Their Gritty Side to the Rivoli

Gritty crime fiction, read in a bar, the flash fiction phenomenon has taken off over the past half dozen years across North America and around the world. The Toronto event—hosted roughly three times a year since 2014 by Rob Brunet and Tanis Mallow—is marking its tenth edition during Bouchercon 2017 (Passport to Murder) the World Mystery Convention which takes place in a different North American city each fall.

Readers will share some of their nastiest, roughest, dirtiest stories in a raucous bar filled with crime fiction authors from around the globe. Always dark, the material read at the Bouchercon Noir at the Bar is often a degree darker than usual, as invited authors seek to outdo each other in front of their peers.

This year’s Bouchercon edition of Noir at the Bar Toronto is sponsored by Meridian Artists, who will be offering T-Shirts to the first hundred attendees.

Noir at the Bar Toronto