A bar culture shocking to a Canadian. Alcohol is freely available 24/7. Walgreen’s Drugstore sports shelves and shelves of bourbon. People wander freely about the streets drinking – as long as the container is plastic.

But what did I really want to see? GATORS! 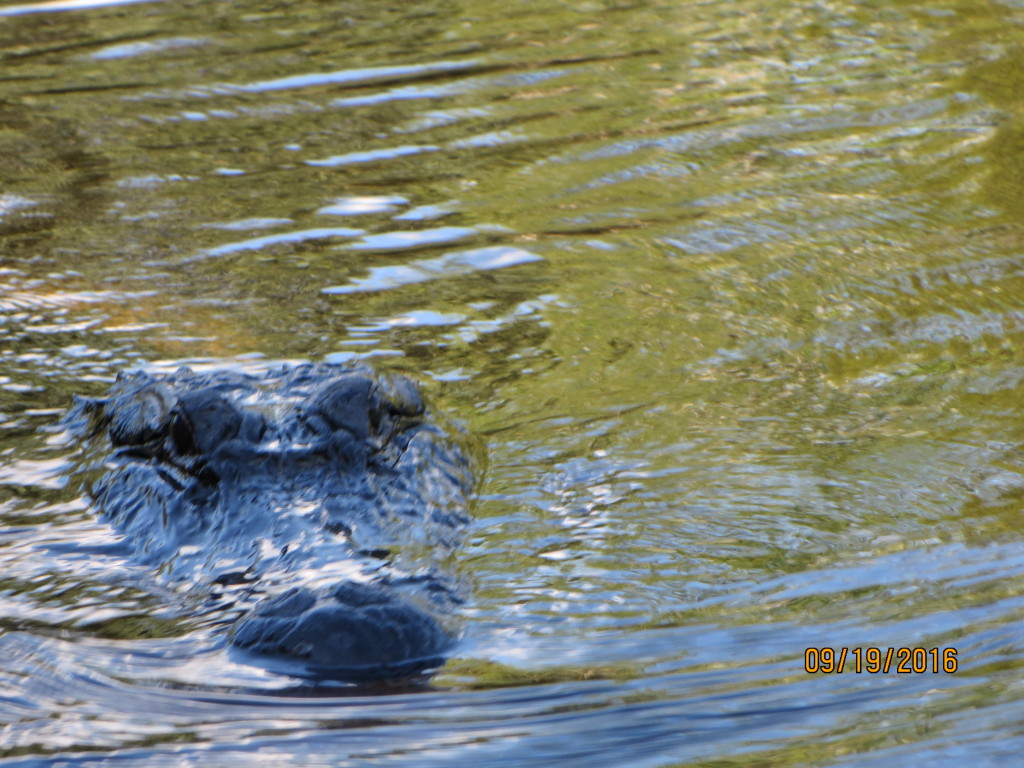 Swamp tours out of New Orleans end up at a nature conservancy about an hour’s drive out of the city.  Tourists are loaded into flat-bottomed boats named, somewhat disturbingly, Gatorbait!

Our guide climbs on board the Gatorbait carrying a bag of marshmallows.  This is not, as we first suppose, a cheap snack for us. No, kiddies, this is the true gator bait!  As we are soon to learn, gators love marshmallows. And propelled by their powerful tails, they will jump out of the water for a hotdog on a stick. After all, hotdogs look just like tourist fingers! 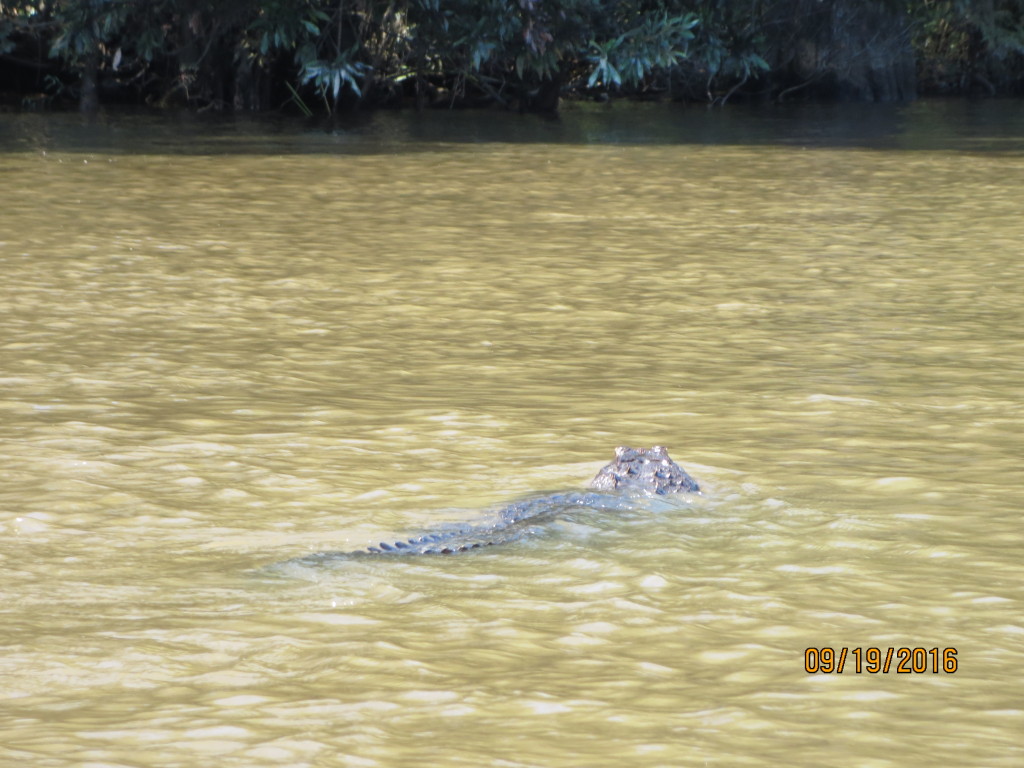 Our guide tosses a marshmallow onto the brown brackish water. Impossible to know what lurks beneath the surface.  It looks so bland and boring. Until two beady primordial eyes glide to the surface and snap! We’re back in the days of the dinosaurs.

Hey, who cares if the sugar rots the gators’ teeth or clogs their arteries? Gators aren’t endangered, the guide tells us. They’re farmed locally, from eggs collected at the nature preserve. Otherwise the gators would eat them, a twisted sort of birth control. In fact, that’s why they love marshmallows. The candy looks just like gator eggs!

In fact, gators will eat just about anything smaller than them, especially baby alligators. (More birth control.)  Someone asks the guide if they eat humans. “Oh, no” he says. “My buds and I swim and jet ski all through the bayou. They’re a lot more scared of us than we are of them.”

Other denizens of the swamp share the gators’ sweet tooth: an egret, a blue heron and a baby wild hog who chomps away at the mushy treats with a wary eye on a nearby, avariciously hungry baby gator.

More interesting facts: gators are territorial (no kidding), they cool off by panting like dogs, food rots in their stomachs if the weather gets too cold and they can live to be 100 years old.  Reminds me of certain presidential candidates…

For breakfast we sample gator sausage. Hmm. A bit dry with a taste reminiscent of the mystery meat served up in university cafeterias. Better to eat than to be eaten though…