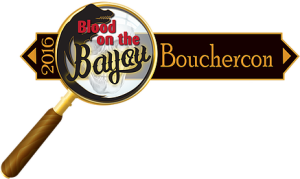 Bouchercon 2016 took place in New Orleans, Louisiana. For those who don’t know, it’s the biggest, brassiest crime fiction conference in North America. And what better place to party than in New Orleans with neon-lit bars, music, great food, voodoo shops and haunted mansions! 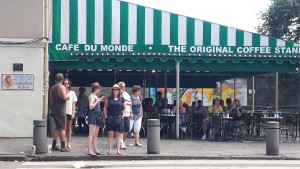 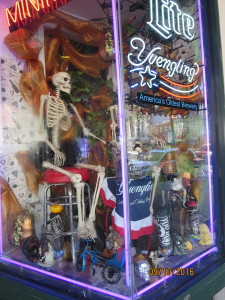 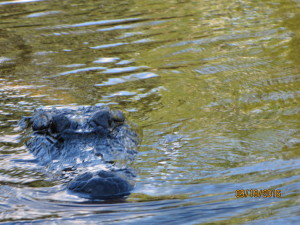 I’ve only attended two Bouchercons so far, both in Toronto. Once I was in charge of a  priceless collection of eccentric tea pots used for our highly successful British tea – featuring a full-dress Mountie and a drag queen Queen Elizabeth. (I’ll leave that story for Surreal Trapdoor.) Both events tiny compared to New Orleans with an estimated 800+ authors and 2000+ attendees.

Bouchercon isn’t set up like other crime fiction conferences. Rather it’s a series of events: opening ceremony, publisher receptions, showcase talks by Big Names, etc. Author panels are more chatty than informative. In other words, it’s a fan fest for readers and an opportunity for authors to network, network, network!  As a Canadian it was easy to feel lost in an ocean of American authors and fans, so it was great to see and party with fellow Canucks: Rob Brunet, Cathy Ace, Laurie Reed, John McFetridge, Ian Hamilton, Grace Koshida and  Linwood Barclay. Most of us arrived on the same flight and five of us shared a stretch limo to get to the Marriott conference hotel. Talk about arriving in style!

Bouchercon was well-organized, the volunteers more than helpful. My registration was misfiled and all was sorted out cheerfully in seconds. One innovation to be recommended: the Book Bazaar.  Bagging books for attendees is time-consuming and no one is happy with the random selection they end up with. So New Orleans had a great solution: hand each registrant a bag and send them into the Book Bazaar where they can self-serve 6 books from the vast array piled on tables.  Of course, that way I ended up bringing home more books when I swore I wouldn’t add to our shelves!

Highlights of this spectacular conference:

Noir at the Bar – Two reading events for noir authors, one at Bouchercon in the afternoon and the other in the evening at the appropriately named Voodoo Lounge. Strong work by many authors including Craig Faustus Buck, Meg Gardiner, Johnny Shaw and the incomparable Krista Faust that set the bar very high indeed. Rob Brunet read his chilling flash story soon to be published in Ellery Queen Magazine.

We had the privilege of sitting with two amazing people: Ayo Otonabe on holiday from London, England where she works at the British Supreme Court and Peter Rozovsky, founder of Noir at the Bar. Ayo writes regularly for Crimespree and Shotsmag.  And Peter is the original founder of Noir at the Bar. He lives in Philadelphia with a dark secret: like David Morell, he’s actually Canadian!

I’ve been a member of SMFS for many years and though I know SMFS-er’s in cyberspace, we have yet to meet in person.  The SMFS lunch at Napoleon’s restaurant in the French Quarter was the perfect way to connect.  My law and order experience continued: our lunch was organized by working police detective and award-winning author, O’Neil de Noux.  And I shared a table and fantastic conversation with railway police officer, Jim Doherty and his wife and retired poker-playing judge, Debra H. Goldstein.

Interview with Hank Phillippi Ryan – Sisters in Crime mothership runs a speakers bureau. Every year a few lucky chapters are visited by a leading member. Next year in 2017 our Toronto Chapter will host best-selling author and investigative journalist, Hank Phillippi Ryan.

It was a true privilege to interview this amazing woman on behalf of Toronto Sisters in Crime!

Hank was one of the first women to break the gender barrier in TV broadcasting. She has won 33 EMMYs and dozens of other awards for her investigative journalism.  In her spare time, she has written 9 best-selling mystery novels and won  5 Agathas, two Macavitys, two Anthonys among many other awards. A past president of national Sisters in Crime, she’s also a founding teacher at Mystery Writers of American University.

Watch for the full text of our interview in the 2017 SinC newsletter and on this website.

SoHo Crime Reception, Crime Goes Global –  Food is a highlight of New Orleans and Bouchercon did not fail to deliver.  A generously stocked hospitality suite as well as creole cuisine served in the hotel lobby ensured that no writer went hungry.  We stuffed ourselves on jambalaya, shrimp and grits, po’boy sandwiches, beignets…well, you get the idea.

Soho Crime hosted a fun event featuring a “Yankee Swap” lottery. If you had a winning ticket, you could steal a better prize from an earlier winner. Ed had his eye on a collection of New Orleans music while I gazed fondly at the stuffed green alligator, but no dice that evening. We did, however, connect with Soho author, Lisa Brackmann, a friend of a friend of Ed’s.  A former motion picture executive, Lisa is the author of a series set in China, featuring Iraq war vet, Ellie McEnroe. Can’t wait to read Rock Paper Tiger! 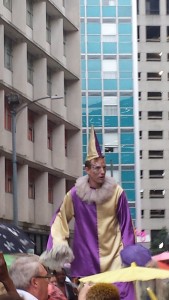 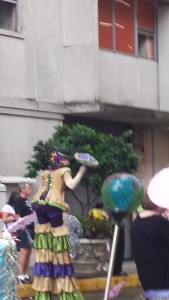 A major highlight was the Second Line parade leading up to the interview between Lee Child and David Morrell at the Orpheum Theatre.  These parades, featuring floats, stilt walkers and brass bands, are traditional for funerals and Mardi Gras.  We were all handed colourful paper parasols that proved handy in the light rain. Rain is different in NOLA: it doesn’t cool things off – it steams! Despite the rain, we had great fun marching down Canal Street with blogger and reviewer, Seana Graham.

Dinner at Arnaud’s – Bouchercon is all about reconnecting with author friends. It was wonderful to visit with authors Sarah Chen, Dale and Mysti Berry, Ray Daniel, Hilary Davidson and Jeff Markowitz.

Fellow authors Ellen Kirschmann, Mar Preston and Nancy Cole Silverman invited us to a culinary adventure: dinner at Arnaud’s restaurant where the waiters are better dressed than we could hope to be – even at our daughter’s wedding!  The food was wonderful: duck, crab cakes, local fish and of course, signature champagne cocktails.

Ellen is a psychologist who works with the families of police officers. Her non-fiction books have sold over 100,000 copies. She has recently turned to crime fiction with her book, The Right Wrong Thing, winning critical praise from Publishers Weekly. Nancy is the author of the Carol Childs’ mystery series. Mar has penned 5 police procedurals between working to help animals in her California mountain town.

It’s interesting to observe that the French style in New Orleans is fin de siècle / Art Nouveau. The waiters wear black tie and long white aprons that were fading out in Paris 40 years ago.  Ed and I felt tres declasse. In fact, we were only allowed to eat there because Ellen generously loaned Ed her jacket!