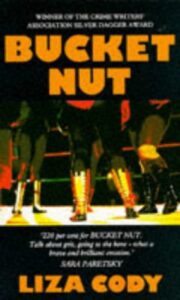 Back in the 1990s, the Crime Writers of Canada had an unusual guest speaker from the UK –  a woman!  Indeed a young woman! She’d just written crime novel with a fascinating protagonist, decades ahead of her time. And it had won the prestigious CWA Silver Dagger Award.

Liza’s hero, Eva Wylie, is a female wrestler – and gay. The book I’ve pulled from my shelf is Bucket Nut, a pejorative phrase thrown at women who don’t pass het-male beauty standards. Or as the Brits put it “a face that could stop a clock”.

Bucket Nut is written in Eva’s voice and vernacular, every word pitch-perfect. Here’s a sample para:

“I know you think I’m stupid. Don’t try to tell me different, because I know, see. And maybe I’d done a stupid thing. All right.  But even clever people can do stupid things. You don’t have to be all-round stupid to be conned. Clever people can be fooled, too. Hasn’t anyone ever taken you for a sucker? Well okay. I’m not judging you, so don’t you sit there and judge me!”

Set in the sordid world of low-rent wrestling,  Bucket Nut shows Liza’s knowledge of a tough and gritty Britain.  Like other great crime novels, it explores the social issues of sexism, poverty and the class system while solving the mystery.  Eva is no saint and she relies on her fists and muscle more than is wise.

In creating Eva, Liza Cody was inspired by real-life British wrestler, Klondike Kate, who, she says, looked like a rain barrel in a leotard.

After the CWC meeting, I chatted with Liza, who, though tall, was about as far removed from the world of female wrestling as can be imagined. Born with dyslexia, she attended art school, became a graphic designer and worked day jobs, including doing hair styles on the wax dummies at Mme Tussaud’s! 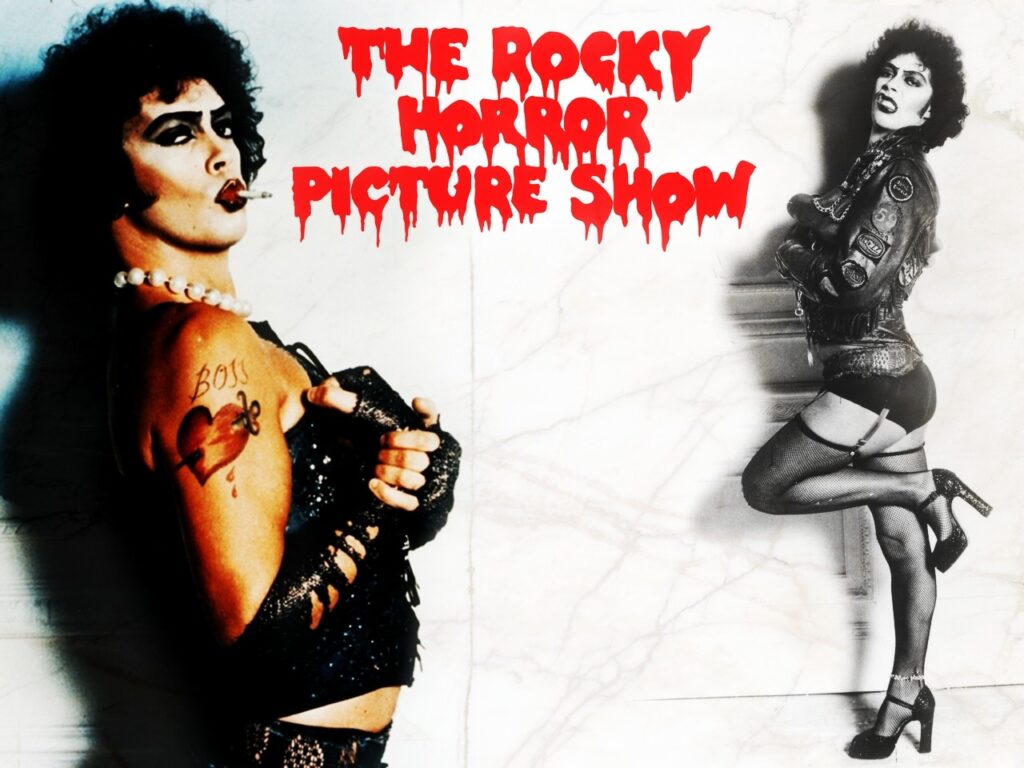 When the digital world eclipsed the old mechanical world, Liza could take up writing, because of the computer spell-checker.  Her experiences in the art world served her well in creating – or documenting – bizarre encounters. During our chat, she entertained us about a cop at her gym who wore a complete “Dr. Frankenfurter ” under her uniform!

So what happened to Liza Cody? She didn’t disappear at all. She just didn’t come back to Canada!

I’m delighted to report that she’s had a very successful career in the UK.  Her Anna Lee novels about a woman private investigator, became a TV series in the UK and the USA.  And she continues to write: dozens of short stories, many published in Ellery Queen Magazine as well as five standalone novels. 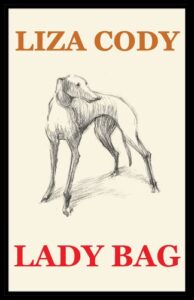 Her most recent work, Lady Bag,  stars an elderly homeless woman whose pet greyhound is her best friend. One day outside the National Gallery, they meet the Devil…   I’m definitely going to read that one!

VALUE: So what’s my used paperback copy of Bucket Nut worth on Abe Books? About $4US.  And the Thierry* value: $66US.

*Thierry value = most outrageous price you can humanly get away with. Named in honour of Mr. Brainwash who successfully sold used, outdated T-shirts for $500+. (See Banksy’s documentary, Exit through the Gift Shop.)