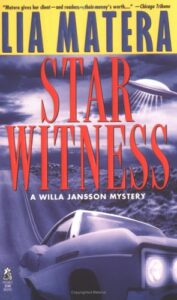 As a kid I was space mad. I longed to become an astronaut or an astronomer. And while I was growing up, sightings of UFO’s were prominent in the news.  I became convinced that space aliens were visiting  our planet.

Maybe that’s why I have fond memories of Lia Matera’s thriller, Star Witness, the fifth book in her Willa Jansson series. The book opens with a hit-between-the-eyes description of a horrific road accident: a sporty Fiat has dived into the roof of an old Buick, squishing the driver. The owner of the Fiat, Alan, has vanished. When the police locate him, he claims he was abducted by aliens. They’re the ones who dropped his car on the Buick!

Matera did a deep dive into UFO’s and weird encounters and included a listing of books and videos at the end of Star Witness. In her foreword  she describes how  her personal skepticism took a journey much like Willa Jansson’s.

Even today in Canada, we have firm believers in UFO’s. (Check out the meet-ups in Toronto alone!) Many years ago, I met and chatted with one of BC’s leading UFO believers thanks to my friend, retired filmmaker, Chris Windsor.

Chris had studied film making at UBC while I slogged away at my doctorate in organic chemistry. His student film, Roofman, was a huge hit with audiences at the university. That success and his talent landed him a job making industrial training films in Alberta. Mind-numbing and soul-destroying to be sure, but at least he was earning a living in his chosen profession. 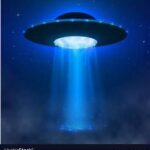 In his spare time, Chris began working on a documentary about UFO’s.  By then I was living in Victoria and writing my PhD thesis. Out of the blue one afternoon, Chris phoned. Would I help him out on a film shoot? He and his cinematographer were in town to interview the President of BC’s UFO Society.

Boy that was a hard choice – cranking out dry scientific prose or skiving off with two friends  to explore UFO’s. Hell, yes!

The three of us headed off in Chris’s car to interview the UFO President at his house in a rural part of Vancouver Island. He turned out to be a  kindly middle-aged man who lived in a tidy, respectable middle class home: he looked and acted like our dads though if memory serves, he did don a tinfoil hat.  And his belief in UFO’s was absolute.

I’ll always owe Chris for that amazing life experience. I don’t know what happened with his UFO documentary, because shortly after that I handed in my thesis, graduated and moved back to Ontario.

So what happened to Lia Matera and Chris Windsor? Lia Matera , herself a  lawyer, was chief editor of the Constitutional Law Quarterly and a teaching fellow at Stanford Law School, when she took up crime writing. She wrote the Willa Jansson and Laura Di Palma series of crime novels, twelve books in all, plus a dozen short stories. Her work collected several nominations for leading awards: the Edgar, Anthony and Macavity. She won the Shamus award in 1996.

Matera wrote from 1987 to 1996 then very little thereafter though Ellery Queen Magazine published her chilling tale, “Snow Job” as recently as 2019. Did she go back to law? Did she retire? The crime writing world is poorer for it! 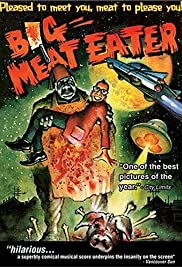 Chris did go on to make a feature film, Big Meat Eater, a horror comedy that was released in 1982.  It got favorable reviews and was a finalist at the 1983 Genies  for Best Original Screenplay, but it never became a huge hit.  Chris told me that unfortunately, as a Canadian film it was eclipsed by the American film, Eating Raoul, another horror comedy about cannibalism.

Andrew Gillies, Chris’s star in Roofman and Big Meat Eater went on to have a long career as a stage and film actor, with roles in The Virgin Suicides and Orphan Black.

Sadly, Chris left the film business. He may simply have burned out. To learn about the arduous art of film making, read his excellent article in the Georgia Strait here. He now lives in Asia where he has worked for many years.

VALUE: So what’s my used paperback copy of Star Witness worth on Abe Books? About $2 to $8US.  It doesn’t appear to be available in Canada