I’ve always been fascinated by abandoned buildings. Arrested in time, they are living ghosts, hoarders of stories.  I’ve always imagined them to be located on windswept hills, next to crumbling seashores or hidden in industrial wastelands, not lurking in my neighborhood.

To my surprise, I’ve now run across several abandoned buildings close to home. I’ve even learned how to spot them. (Stay tuned, that’s for Part 2.)

About a year ago, a visitor to our cottage told us that they’d discovered a “haunted house” on their walk through town. Following their directions,  I found it on my next morning run.

The house at first glance seemed to be an older Victorian whose owners loved ivy-covered walls.  But a closer look revealed a seriously deteriorated roof and a badly overgrown garden. The kingdom of plants had taken over.

A danger in  being abandoned is vandalism – those who seek to destroy for the pure pleasure of destruction. Worst of all is the onslaught of natural elements, water being the most lethal.

I couldn’t help being curious about the reasons behind the house’s deterioration. An official notice was posted close to the “no trespassing” sign. 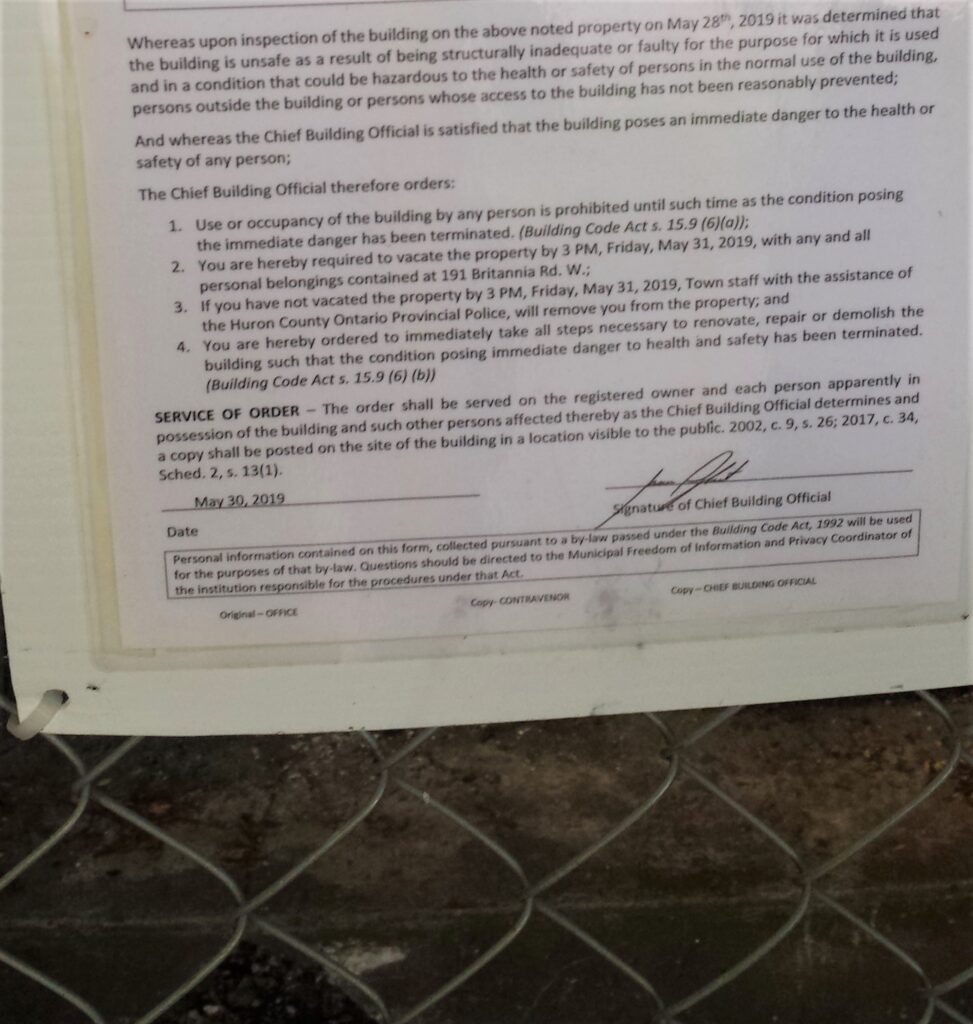 Perhaps the inhabitants grew too elderly or too poor to maintain the house. As per COVID, one day would slide into the next, each as unremarkable as the other until decades had passed.

I spotted signs of an attempted clear-out. Was there a forced eviction? Two of these sad signs below.

Over the summer, I observed  attempts to clear and/or repair the house, apparently by someone working singlehandedly.  Not much progress as you might expect for such an overwhelming task.

This summer, a year later, curiosity led me past the haunted house again. Massive changes had happened: the ivy was gone, the extension had been demolished and the entire garden had been ripped out. Nothing was left but an empty purged shell.

Which is the real ghost?